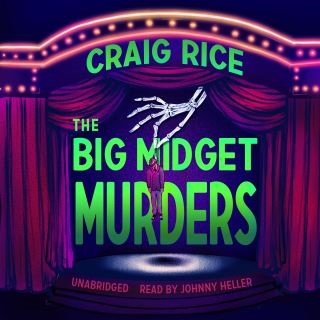 The Big Midget is the hit of the show in Jake Justus’s night club, until someone puts an abrupt end to the Midget. Why were eleven unmatched silk stockings used as a noose? Who conked Jake when he got on the killer’s trail? John J. Malone finds all the answers with the energetic and hilarious assistance of Jake Justus and the beautiful Helene.

Craig Rice (1908–1957), born Georgiana Ann Randolph Craig, was an American author of mystery novels and short stories, sometimes described as the “Dorothy Parker of detective fiction.” She was the first mystery writer to appear on the cover of Time magazine, on January 28, 1946.