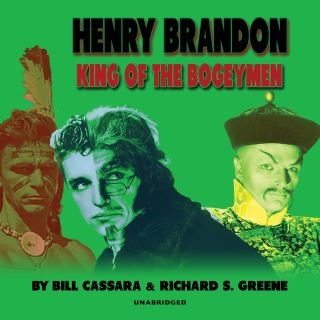 Henry Brandon: King of the Bogeymen

You’ve seen him stand shoulder to shoulder with John Wayne as Indian Chief Scar in The Searchers, as the insidious Fu Manchu with world domination desires, and as Barnaby, the wicked nemesis to Laurel & Hardy in Babes In Toyland. What you might not know is the versatile Henry Brandon essayed a variety of characters in film, television, and a stage career that spanned fifty-five years amassing over two hundred roles.

Authors Bill Cassara and Richard S. Greene team up to unveil Henry Brandon’s career highlights as one of America’s most despicable villains and best character actors. As the vivid Hollywood story of this master craftsman unfolds, listen for Barnaby’s evil laughter echoing in the background.