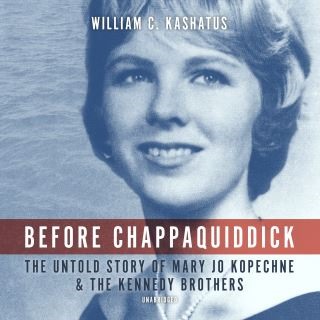 The Untold Story of Mary Jo Kopechne and the Kennedy Brothers

On July 18, 1969, a car driven by Senator Edward M. Kennedy plunged off a bridge on Chappaquiddick Island, off the coast of Cape Cod. Mary Jo Kopechne, a twenty-eight-year-old former staffer for Kennedy’s brother Robert, died in the crash. The scandal that followed demeaned Kopechne’s reputation and scapegoated her for Ted Kennedy’s inability to run for the presidency instead of acknowledging her as an innocent victim in a tragedy that took her life.

William C. Kashatus’s biography of Mary Jo Kopechne illuminates the life of a politically committed young woman who embodied the best ideals of the sixties. Arriving in Washington in 1963, Kopechne soon joined the staff of Robert F. Kennedy and committed herself to his vision of compassion for the underprivileged, social idealism tempered by political realism, and a more humane nation. Kashatus details her work as an energetic and trusted staffer who became one of the famed Boiler Room Girls at the heart of RFK’s presidential campaign. Shattered by his assassination, Kopechne took a break from politics before returning as a consultant. It was at a reunion of the Boiler Room Girls that she accepted a ride from Edward Kennedy—a decision she would pay for with her life.

The untold—and long overdue—story of a promising life cut short, Before Chappaquiddick tells the human side of one of the most memorable scandals of the 1960s.

William C. Kashatus holds a PhD in history from the University of Pennsylvania. He is the author of more than twenty books, including Jackie and Campy: The Untold Story of Their Rocky Relationship and the Breaking of Baseball’s Color Line (Nebraska, 2014). He has also published essays in a multitude of periodicals, including the Philadelphia Inquirer, American History Magazine, Baltimore Sun, Christian Science Monitor, New York Times, and the St. Louis Post-Dispatch. Kashatus has appeared on NPR and Pennsylvania Cable Network, as well as on many local television and radio stations.