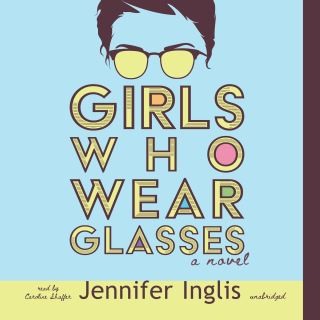 Sometimes you need to take a chance … on yourself.

Plus-sized Rachel Simon has settled into her life. But in a lifetime (so far) of not-quite fitting in and battling demon food issues, she has given up on finding love, despite the well-meaning nagging of her close circle of friends.

Now, Rachel has received some big news: a fashion blog, which she secretly wrote on the side, has caught the eye of a major fashion magazine, who not only want her to write a column, but are giving her an award at an upcoming banquet. The problem? She used Lisa’s picture on her bio and believes they expect a tall beautiful blonde to walk through the doors of the magazine.

She asks Lisa to pose as her at an upcoming meeting, as well the awards banquet, believing that she would lose everything if they knew someone who looks like Rachel was behind the writing. Then she meets Nathan: cute, smart, and just a little bit weird, but she’s absolutely convinced men like that don’t ask out “fat girls” like her, and places him decidedly in the Friend Zone. And to her dismay, she finds that her best friend has decided to date him.

Along her journey toward love, self-acceptance, and being true to oneself, Rachel finds that sometimes, “Men Do Make Passes at Girls Who Wear Glasses.”

Jennifer Inglis studied comedy writing at the Training Center at the Second City and is a member of the Chicago Writer’s Association. An alumna of Northern Illinois University, she earned a bachelor’s degree in theater arts and a master’s degree in education. She was a public school drama teacher for six years and has worn a variety of hats in professional theater in suburban Chicago, including that of playwright, actor, director, and producer.