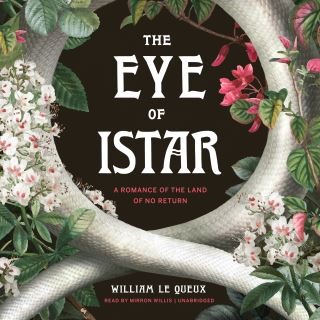 The Eye of Istar

A Romance of the Land of No Return

Originally published in 1897, The Eye of Istar follows Zafar-Ben-A’Ziz on his return from London to his home in Omdurman, Sudan. While traveling through the Sahara, Zafar is taken prisoner by the “Veiled Men of the Desert,” and it is at the start of his imprisonment that he meets Azala, a Sultan’s daughter. They fall in love, and Zafar is determined to free Azala from her isolated life in a harem. But he soon discovers a dark power connected to a mysterious mark shared by the pair that complicates his mission.

William Le Queux (1864–1927) was an Anglo-French journalist and writer, diplomat, traveler, flying buff, and wireless pioneer who broadcast music from his own station long before radio was generally available.