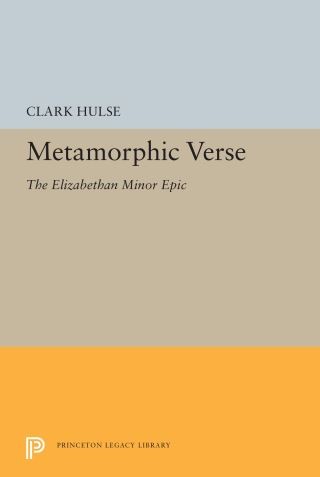 To Shakespeare, Spenser, Marlowe, and other Elizabethans, the minor epic was an important medium for poetic experimentation, but today, too often separated from the culture that bore it, it is not well understood. This author examines the form of the minor epic and its place in Elizabethan literary culture. Particularly, he explores the concept of metamorphosis as it shapes the minor epic at every level; in its subject matter, narrative technique, imagery, reworking of traditional materials, mixing of literary genres, and power to transform the poet.
Combining close reading with literary theory, Professor Hulse approaches the minor epic as a mixed genre, exploring the idea of genre itself as well as the particular genres that contributed to the minor epics, including the sonnet, satire, Ovidian epic, pastoral, and primeval poetry.
He also discusses wider issues, such as poetic inspiration, fictionality, and the nature of literary history; and takes up painting and historiography to show how they use the same narrative materials in different ways and to different ends. In the process he redefines Elizabethan literature as a fluid system, characterized by multiplicity of form and style and the poet's search for growth.
Clark Hulse is Associate Professor of English at the University of Illinois at Chicago Circle.

The Princeton Legacy Library uses the latest print-on-demand technology to again make available previously out-of-print books from the distinguished backlist of Princeton University Press. These editions preserve the original texts of these important books while presenting them in durable paperback and hardcover editions. The goal of the Princeton Legacy Library is to vastly increase access to the rich scholarly heritage found in the thousands of books published by Princeton University Press since its founding in 1905.