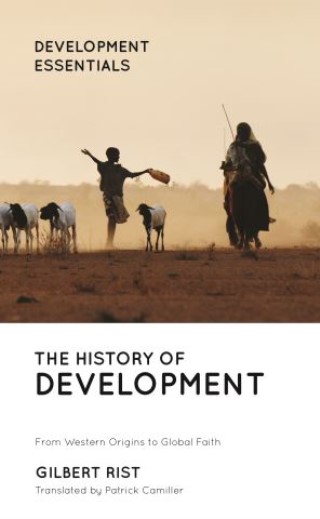 The History of Development

From Western Origins to Global Faith

In this landmark text, Gilbert Rist provides a comprehensive and compelling overview of what the idea of development has meant throughout history. He traces it from its origins in the Western view of history, through the early stages of the world system, the rise of US hegemony, and the supposed triumph of third-worldism, through to new concerns about the environment and globalization.

Assessing possible postdevelopment models and considering the ecological dimensions of development, Rist contemplates the ways forward. Throughout, he argues persuasively that development has been no more than a collective delusion, which in reality has resulted only in widening market relations, whatever the intentions of its advocates.

Gilbert Rist: Gilbert Rist is a Professor at the Graduate Institute of Development Studies (IUED) in Geneva. He previously taught in Geneva, and spent several years as Director of the Centre Europe-Tiers Monde. His other publications include La Mondialisation des anti-sociétés (1997); La Culture, otage du développement? (1992); La Mythologie programme (1992); Le Nord perdu (1992) and Il était une fois le development (1986). The History of Development was his first book to be translated into English, and has also been published in Spanish and Italian.