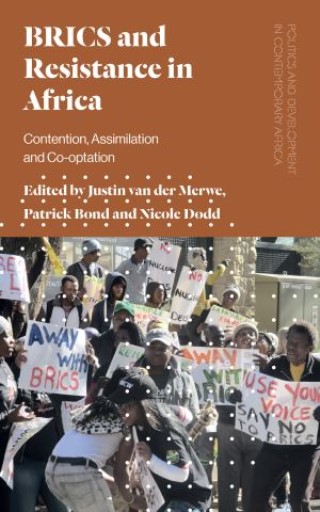 BRICS and Resistance in Africa

Though initially considered a welcome counterweight to Western interest across Africa, the BRICS are increasingly being viewed as another example of foreign interference and exploitation.

BRICS and Resistance in Africa explores the varied forms of African resistance being developed in response to the growing influence of the BRICS. Its case studies cover such instances as the opposition to China’s One Belt One Road initiative in East Africa; resistance to the BRICS’ oil activities in the Niger Delta; and the role of the BRICS in Zimbabwe’s political transition. The contributors expose the contradictions between the group’s rhetoric and its real impact, as well as the complicity of local elites in serving as proxies for the BRICS nations.

By challenging and expanding the debates surrounding BRICS involvement in Africa, this collection offers new insight into resistance to globalization in the global South.