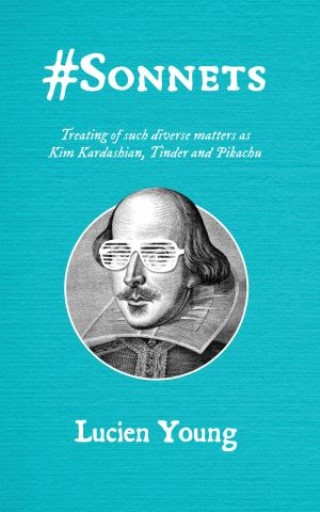 'I thought I could, with verse iambic, pry
Some sense from nonsense, and our modern scene
Depict and mock, while using "thee" and "thy"
In pages fit to rest by thy latrine.'

#Sonnets is a collection of hilarious and inappropriate poems complete with illustrations of Elizabethan RoboCop and Snoop Dogg in tights. Musing on everything from Donald Trump to Tinder, comedy writer Lucien Young offers a Shakespearean take on the absurdity of modern life.

Lucien Young: Lucien Young is a comedy writer who has worked on various TV programmes, including BBC Three’s Siblings and Murder in Successville, as well as authoring three humour books, Alice in Brexitland, Trump’s Christmas Carol and The Secret Diary of Jeremy Corbyn. He was born in Newcastle and read English at the University of Cambridge, where he was a member of the world-famous Footlights Club. @luciendyoung