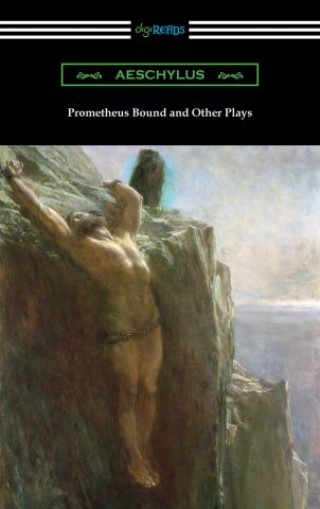 Prometheus Bound and Other Plays

Often recognized as the father of tragedy, this collection of plays by the ancient Greek soldier and playwright Aeschylus is a testament to his skill and enduring legacy in the history of theatre. In "Suppliant Maidens," the fifty daughters of Danaus flee from marriages to the fifty sons of their uncle, showing an obedience to their father that has tragic consequences. "The Persians", thought to be the oldest surviving play in the history of drama, focuses on the gory defeat of King Xerxes in his military expedition against the Greeks. The gods are punishing the hubris of the Persians to the point at which even the Greeks feel some sympathy for them. In "The Seven Against Thebes," the battle for the throne of Thebes upon the banishment of Oedipus pits two brothers against each other in a fatal bout of single combat. Finally, "Prometheus Bound", whose authorship by Aeschylus has been questioned by dramatic scholars, explores the myth of a Titan and his punishment from Zeus for giving fire and knowledge to mankind. Though all of the plays differ widely in plot, the enduring quality of the characters and dialogue within these dramas are a testament to the considerable skill of Aeschylus. This edition follows the translations of E. D. A. Morshead.