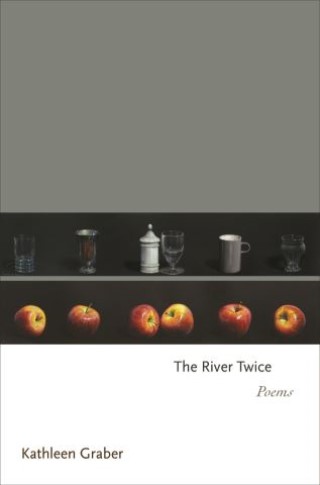 Taking its title from Heraclitus's most famous fragment, The River Twice is an elegiac meditation on impermanence and change. The world presented in these poems is a fluid one in which so much—including space and time, the subterranean realm of dreams, and language itself—seems protean, as the speaker's previously familiar understanding of the self and the larger systems around it gives way. Kathleen Graber’s poems wander widely, from the epistolary to the essayistic, shuffling the remarkable and unremarkable flotsam of contemporary life. One thought, one memory, one bit of news flows into the next. Yet, in a century devoted to exponentially increasing speed, The River Twice unfolds at the slow pace of a river bend. While the warm light of ideas and things flashes upon the surface, that which endures remains elusive—something glimpsed only for an instant before it is gone.

Kathleen Graber: Kathleen Graber is the author of two previous collections of poetry, The Eternal City (Princeton), which was a finalist for the National Book Award and the National Book Critics Circle Award, and Correspondence. She is associate professor of English at Virginia Commonwealth University and lives in Powhatan, Virginia.