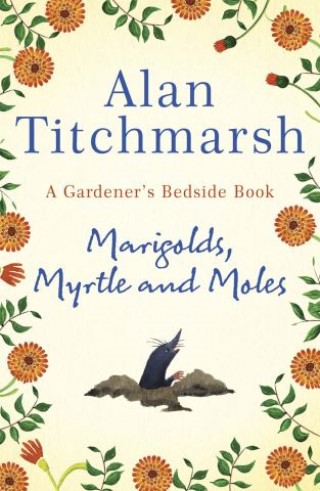 A Gardener's Bedside Book - the perfect book for gardening self-isolators

'Charming miscellany of rhymes and reflections celebrating the garden'
CHOICE

The perfect bedside book for the green-fingered - hilarious and touching poems on a gardening theme written and introduced by the nation's favourite gardener and presenter of ITV's Grow Your Own At Home and Love Your Garden, Channel 5's Secrets of the National Trust and with his own show on Classic FM.

From touching poems on the peony, the snowdrop and the sweet pea to hilarious verse on Emily the Gardener and the Garden Design Course, this is Alan Titchmarsh's heartfelt and entertaining celebration of his favourite space - the garden.

Alan Titchmarsh: Alan Titchmarsh is known to millions through his career as a television presenter of shows including Love Your Garden, Ground Force, Gardeners' World, The Chelsea Flower Show, Secrets of the National Trust and The Alan Titchmarsh Show. He has written more than forty gardening books, as well as eleven novels and three volumes of memoirs. He was made MBE in the millennium New Year Honours list and holds the Victoria Medal of Honour, the Royal Horticultural Society's highest award.