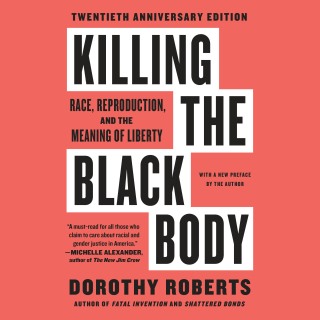 Race, Reproduction, and the Meaning of Liberty

This is a no-holds-barred response to the liberal and conservative retreat from an assertive, activist, and socially transformative civil rights agenda of recent years--using a black feminist lens and the issue of  the impact of recent legislation, social policy, and welfare "reform" on black women's--especially poor black women's--control over their bodies' autonomy and their freedom to bear and raise children with respect and dignity in a society whose white mainstream is determined to demonize, even criminalize their lives.   It gives its readers a cogent  legal and historical argument for a radically new , and socially transformative, definition of  "liberty" and "equality" for the American polity from a black feminist perspective.