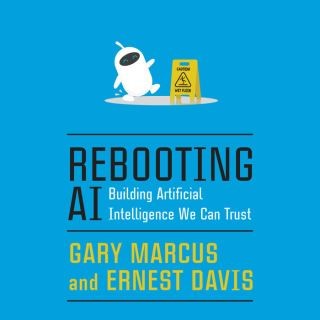 Building Artificial Intelligence We Can Trust

Two leaders in the field offer a compelling analysis of the current state of the art and reveal the steps we must take to achieve a truly robust artificial intelligence.

Despite the hype surrounding AI, creating an intelligence that rivals or exceeds human levels is far more complicated than we have been led to believe. Professors Gary Marcus and Ernest Davis have spent their careers at the forefront of AI research and have witnessed some of the greatest milestones in the field, but they argue that a computer beating a human in Jeopardy! does not signal that we are on the doorstep of fully autonomous cars or superintelligent machines. The achievements in the field thus far have occurred in closed systems with fixed sets of rules, and these approaches are too narrow to achieve genuine intelligence.

The real world, in contrast, is wildly complex and open-ended. How can we bridge this gap? What will the consequences be when we do? Taking inspiration from the human mind, Marcus and Davis explain what we need to advance AI to the next level, and suggest that if we are wise along the way, we won't need to worry about a future of machine overlords. If we focus on endowing machines with common sense and deep understanding, rather than simply focusing on statistical analysis and gatherine ever larger collections of data, we will be able to create an AI we can trust—in our homes, our cars, and our doctors' offices. Rebooting AI provides a lucid, clear-eyed assessment of the current science and offers an inspiring vision of how a new generation of AI can make our lives better.

Gary Marcus: |||GARY MARCUS was CEO and Founder of Geometric Intelligence, a machine learning company founded in 2014 and acquired in 2016 by Uber, where he launched Uber AI labs. He has been a Professor of Psychology and Neural Science at New York University for over two decades. ERNEST DAVIS is Professor of Computer Science at the Courant Institute of Mathematical Science, New York University. He is one of the world's leading scientists in the area of automating commonsense reasoning for artificial intelligence programs. The two of them write regularly for The New Yorker, The New York Times, The Wall Street Journal, Wired and The Financial Times.