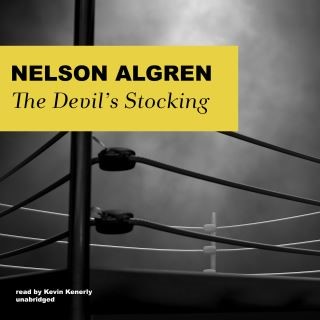 A boxer finds himself the targeted victim of a vindictive group in the story of one man’s battle against injustice in the dark underworld of urban America.

The Devil’s Stocking is the story of Ruby Calhoun, a boxer accused of murder in a shadowy world of low-purse fighters, cops, con artists, and bar girls. Chronicling a battle for truth and human dignity which gives way to a larger story of life and death decisions, literary grandmaster Nelson Algren’s last novel is a fitting capstone to a long and brilliant career.

Nelson Algren (1909–1981), now considered one of America’s finest novelists, was born in Detroit and lived most of his life in Chicago. His jobs included migrant worker, journalist, and medical worker. He is the author of five novels, including The Man with the Golden Arm, which was the winner of the first National Book Award.