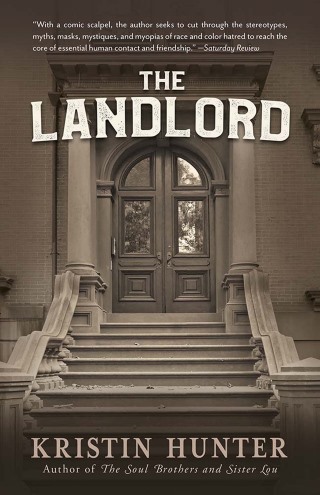 "An elaborate spoof that somehow manages to combine touches of the absurd and intimations of the surreal, strokes of caricature, slapstick, and the grotesque, with an inherent down-to-earth sanity and realism." — Saturday Review

A wealthy white man and earnest do-gooder buys a building in a ghetto neighborhood in this warmly comic novel. Elgar Enders, having been expelled from eight Ivy League schools, is eager to make something of himself. He begins by attempting to improve his new property, an endeavor that plunges him into a world of cheerful amorality. Elgar's tenants — an uninhibited hairdresser and her militant husband, a refined grifter, and a former jazz singer who practices voodoo — gleefully proceed to take advantage of his naivety. But the fledgling landlord receives something of value in return in this satirical look at issues of gentrification, race, class, and privilege. Called "rather readable" by Andrew Sarris in The New York Times, this acclaimed novel was the basis for Hal Ashby's 1970 film of the same name.

Kristin Hunter:
Kristin Hunter (1931–2008), who also wrote as Kristin Lattany, started her writing career when she was 14 years old with a regular column in the black weekly, the Pittsburgh Courier. She worked as an advertising copywriter, a city information officer, and a senior lecturer in English at the University of Pennsylvania. Her books include God Bless the Child, The Landlord, and Kinfolks as well as a collection of short stories for young people, Guests in the Promised Land, and the young adult book The Soul Brothers and Sister Lou. Hunter is the recipient of numerous awards, including The Council on Interracial Books for Children Prize and the Moonstone Black Writing Celebration Lifetime Achievement Award.