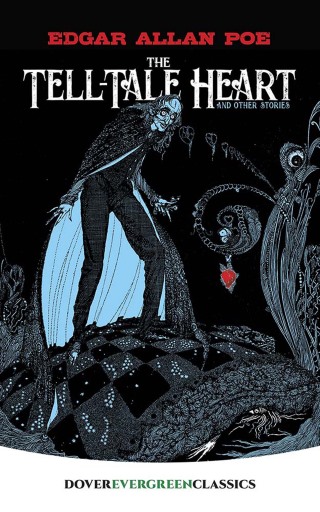 This hair-raising collection presents some of Edgar Allan Poe's most ingenious and gripping tales, notably "The Tell-Tale Heart," in which the guilt-ridden narrator recounts his compulsion to commit murder.
Other captivating stories include "The Fall of the House of Usher," concerning a most unnerving visit to the home of an old friend; "The Cask of Amontillado," a parable of an attempt at revenge that goes way too far; "The Murders in the Rue Morgue," the forerunner of modern detective fiction, starring a sleuth even cleverer than Sherlock Holmes; and other riveting yarns: "The Pit and the Pendulum," "Ligeia," "William Wilson," "The Masque of the Red Death," "The Black Cat," and "The Purloined Letter." Lovers of strange and mind-bending fiction will delight in these classic tales by Poe, the creator of the American Gothic horror story and one of the greatest masters of suspense.

Edgar Allan Poe:
The father of the detective novel and an innovator in the genre of science fiction, Edgar Allan Poe (1809–49) made his living as America's first great literary critic. Today he is best remembered for his short stories and poems, haunting works of horror and mystery that remain popular around the world.