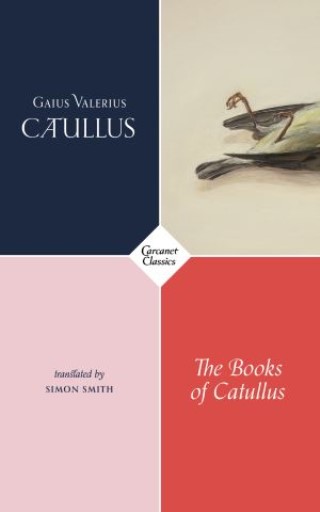 The Books of Catullus

The Books of Catullus is a new translation of the Roman poet Catullus which reinvents and reimagines his poetry for the contemporary age. It is the first version to divide Catullus's complete works into the three ‘books' believed by many scholars to be how the text was originally received in the Late Republic (c.60 B.C.). The length of each ‘book,' or grouping correlates to the usual length of a single piece of papyrus from that period. These ‘books' are gatherings of poems in different metres, and concentrate on various themes, including love, sex, friendship and marriage with some poems written in elegiac couplets. Smith's bold new translation concentrates on the variety of tone and range in Catullus's voice, often lost in most versions to a homogenised, singular translator's voice. These versions are translations rendered by a poet rather than a scholar, creating a Catullus for now and demonstrating why Catullus is an important and necessary writer for all poets to reinvent, reimagine, and re-vision. In this way The Books of Catullus is a new book of poetry, true to itself and to its own time.