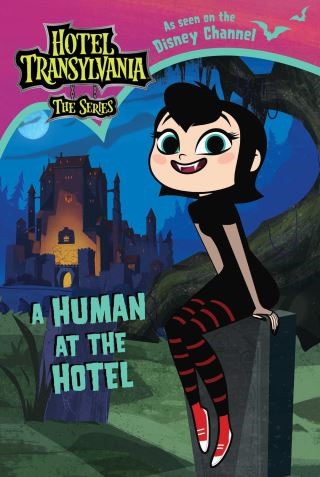 A Human at the Hotel

There’s a human at the monster hotel in this hilarious novel based on the first episode of the hit Disney Channel show Hotel Transylvania: The Series.

Count Dracula’s daughter, Mavis, is a lot like any other teenager: She wants to be taken seriously! So when her father has to leave Hotel Transylvania—the monsters-only hotel he built as a safe haven free of humans—Mavis thinks it’s her big chance to prove to him that she can run the hotel all by herself. How hard can it be? Unfortunately for Mavis, Drac calls his sister, Mavis’s Aunt Lydia, to watch over Mavis and the hotel while he’s gone. Worse, Mavis mistakenly lures a human to the hotel. Can Mavis get the human to leave before Aunt Lydia finds out?