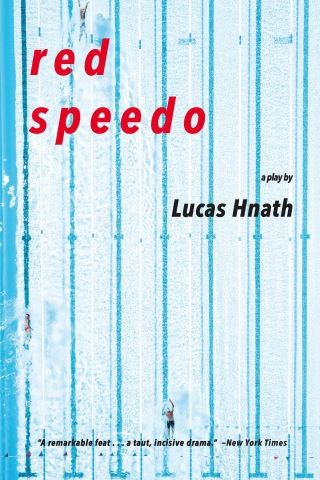 The Obie-winning play by the Tony-nominated playwright of A Doll’s House, Part 2

Ray’s swum his way to the eve of the Olympic trials. If he makes the team, he’ll get a deal with Speedo. If he gets a deal with Speedo, he’ll never need a real job. So, when someone’s stash of performance-enhancing drugs is found in the locker-room fridge, threatening the entire team’s Olympic fate, Ray has to crush the rumors or risk losing everything. Red Speedo is a sharp and stylish play about swimming, survival of the fittest, and the American dream of a level playing field—or of leveling the field yourself.

Lucas Hnath:
Lucas Hnath’s plays include Hillary and Clinton, The Christians, A Public Reading of an Unproduced Screenplay About the Death of Walt Disney, and A Doll’s House, Part2, nominated for the Tony Award for Best Play. His work has been produced on Broadway, off-Broadway, and around the country.