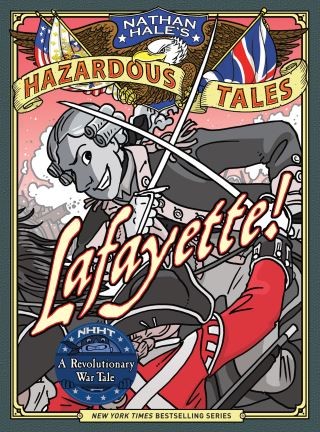 Gilbert du Motier became the Marquis de Lafayette at a young age, but he was not satisfied with the comforts of French nobility—he wanted adventure!

A captain at eighteen and a major general by nineteen, he was eager to prove himself in battle. When he heard about the Revolution going on in America, he went overseas and fought alongside Alexander Hamilton and George Washington for America’s independence. Nathan Hale’s Hazardous Tales are graphic novels that tell the thrilling, shocking, gruesome, and TRUE stories of American history. Read them all—if you dare!