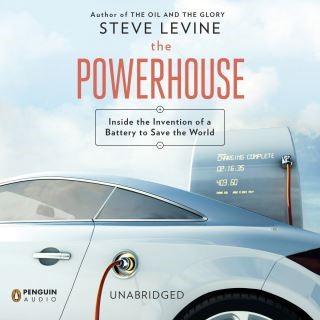 Inside the Invention of a Battery to Save the World

A Soul of the New Machine for our time, a gripping account of invention, commerce, and duplicity in the age of technology

A worldwide race is on to perfect the next engine of economic growth, the advanced lithium-ion battery. It will power the electric car, relieve global warming, and catapult the winner into a new era of economic and political mastery. Can the United States win?

Steve LeVine was granted unprecedented access to a secret federal laboratory outside Chicago, where a group of geniuses is trying to solve this next monumental task of physics. But these scientists— almost all foreign born—are not alone. With so much at stake, researchers in Japan, South Korea, and China are in the same pursuit. The drama intensifies when a Silicon Valley start-up licenses the federal laboratory’s signature invention with the aim of a blockbuster sale to the world’s biggest carmakers.

The Powerhouse is a real-time, twoyear thrilling account of big invention, big commercialization, and big deception. It exposes the layers of competition and ambition, aspiration and disappointment behind this great turning point in the history of technology.