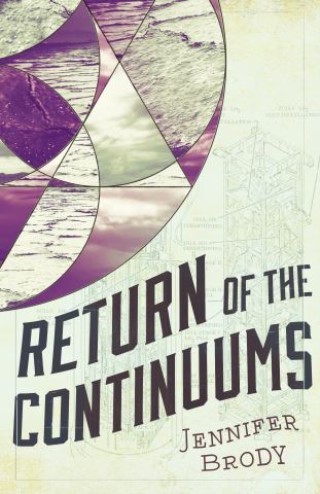 Return of the Continuums

- Heart-pumping sequel: Return of the Continuums, picks up where The 13th Continuum left off, and takes the reader on a non-stop adventure that will be entirely engaging to YA fans. - Screenwriter turned YA author: Jennifer Brody has penned numerous screenplays and been a part of blockbusters such as The Lord of the Rings, The Golden Compass, and Love in the Time of Cholera. - Online-savvy: Brody is active on social media and has been involved in numerous online events to promote The 13th Continuum, such as WattPad parties, Reddit AMAs, and Cover Reveal Blog Posts. She founded and runs BookPod, a social media platform for authors with hundreds of members.

Jennifer Brody: Jennifer Brody lives and writes in Los Angeles. After graduating from Harvard University, she began her career in feature film development. Highlights include working at New Line Cinema on many projects, including The Lord of the Rings trilogy, The Golden Compass, and Love In The Time of Cholera. She’s a member of the Science Fiction and Fantasy Writers of America. She also founded and runs BookPod, a social media platform for authors with hundreds of members. This is her first book.